Mind games for the older brain

When it comes to staying sharp,
it’s use it or lose it

Remember the ’60s and ’70s, way back in the past century, when “playing mind games” had a distinctly unpleasant connotation? Of course you do. The problem is, if you’re like many of us, you can’t remember where you left your glasses 10 minutes ago.

And that’s why mind games are becoming a strongly encouraged activity for people as they age, including the Boomers and those older. Mental calisthenics are especially good for those who have retired, who have no daily mental activity at work to keep them engaged, who wish to stall what researchers call “cognitive decline.” The benefits of regular physical exercise are well-known. Now, the emphasis is on exercising the brain, giving it the mental equivalents of brisk walks, swims, bike rides, weight training, pushups, etc.

Indeed, playing mind games may not just be a way to help keep people mentally fit in day-to-day activities. In many cases, they almost certainly can help ward off Alzheimer’s and other kinds of dementia.

So, it’s no exaggeration to say mind games can be a matter of mental life and mental death.
The Alzheimer Society of Canada, which launched a two-year awareness program called “Heads Up For Healthier Brains,” believes that varying one’s routine and doing puzzles and memory games can help keep the disease at bay.

On the front lines of elder care in Canada, the message is the same. “Our caregivers, as well as our owners and staff across Canada, know firsthand the value of keeping the minds of seniors active,” says James Cooke, owner of a Toronto franchise of Home Instead Senior Care, which provides non-medical care services for seniors at 19 locations across the country.

While crossword puzzles –my main daily form of mental calisthenics — and other low-tech exercises such as Sudoku, Scrabble and bridge are still the favourite pastimes of ageing Canadians wishing to exercise their brains and also have some fun, computer games such as Brain Fitness Program 2.0, MindFit and Brain Age are gaining ground, among the older set.

People should be encouraged to read all about it. Many older people maintain an interest in politics and current events. Reading newspapers and magazines beats the couch-potato TV approach to getting news by making the mind work.

The Alzheimer Society says 300,000 Canadians over the age of 65 have the disease, which is the most common form of dementia.

Researchers are hopeful that great strides are possible in better understanding the disease and helping to devise more effective treatments.

Meantime, individuals can help themselves (and those who care for them) by engaging in mental calisthenics on a daily basis, whether it be formal or informal. I think the formal approach is better for most because, like physical exercise, a daily routine demands consistent involvement and gets better results. Let the mind games begin. 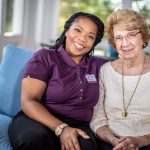 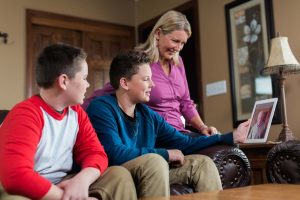 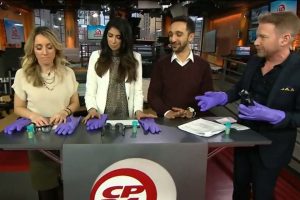 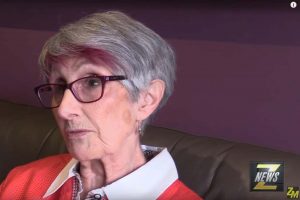